How To Shoot Micro Budget Films 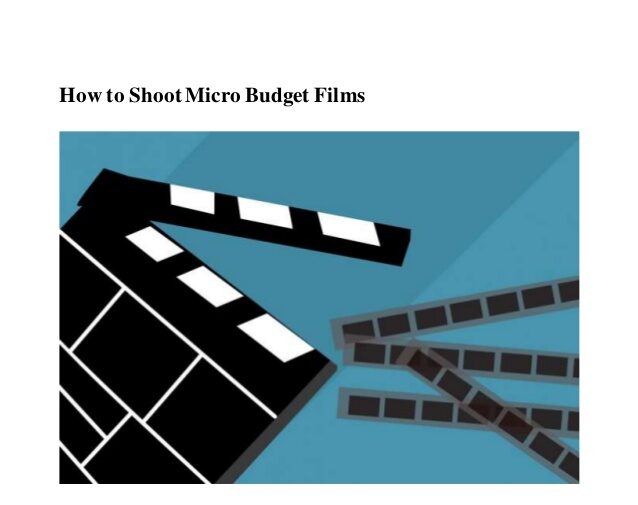 Lighting can be as simple as clamp lights and cardboard or white paper to reflect light where necessary. Again, your cameraman should have experience with lighting to help you out here. Digital shooting will allow you to experiment almost real-time with your lighting.

Decide on the length of your film. Shorts can be produced with a smaller budget, and allow you to post the films on Youtube and other video sharing sites to gain attention and fans. Feature films require a longer time commitment, but are not as difficult to sell, and garner more money when they are sold. Making a living will be easier if you can sell several long films instead of struggling to sell many shorts. Budget for your films, taking into consideration what everyone producing the film is willing to contribute. For example, if you have ten actors and crew members who each contribute $100, your budget might be $1,000.

Find a great script for your film. You can write this yourself, partner with a writer to create one, or outright buy one from a screenwriter. The script will make or break your film, particularly with horror and other popular micro budget genres. Ensure there are as few locations as possible to reduce filming time and expenses.

If you want to keep costs down, you’ll need to be creative. Offer to trade work – you work on their pet project, they work on yours. You can also find friends and family, or network through them to find actors willing to do something a bit crazy for not much pay. Befriending actors and creating a network now will make it easier to find more actors for your later films. Have a shot list of scenes, locations, an idea of how you want each scene to look, and stick with it. You’ll also need to do additional tasks based on what you’re looking at doing in each scene; for instance, in a horror movie, you’ll need to find blood and gore special effects and perhaps a makeup artist. Your storyboard should have as many details about cast, location, props, and so on as possible. Try to shoot similar scenes at once – all outdoors scenes at once, indoors scenes in another day, etc. Remember to plan time to shoot B-roll shots like cars parking, landscape passing in a moving car, and other minor details that will bring the film to life when you edit it later.

There are many computer programs out there that can do this on Macs or PCs alike. Remember to keep your shot list nearby and your notes to help create the effects you’re looking for in each scene. Add the music by looking for music students, amateur guitar players, and so on to record original music. Remember to get releases for the music rights, of course, as well as acting and any other crew members. Now that your film is polished and ready to go, get DVDs for as low a price as possible (as long as they’ll still work flawlessly, of course) and burn about 25 copies at a time (don’t burn 100 copies in case you only sell 75!), and remember some extras to ship to production companies.

Get disc cases and design cover art to print for each disc, or get an arts student to do it. (This can be as simple as taking a screen capture of a representative scene and adding text, or much more complex.) Add labels to each disc and make sure they’re ready to sell. All you have to do is sell enough copies to make up the production costs.

Enjoy the process of creating your own micro budget film, and be dedicated to what you do. The more you love it and work at it, the more likely you are to get a deal and move up in the film making world!